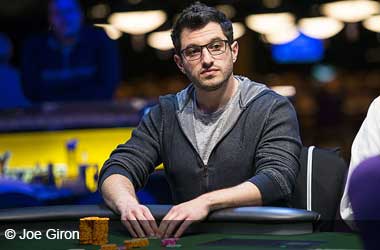 So when a top poker player decides to come out in the open and admit some of the mental challenges he faced, it not only causes the poker community to respect the player for wearing his heart on his sleeve but also encourages them as they know that even the best in the game of poker can find it mentally challenging to stay committed to playing poker.

Phil Galfond is a respected poker player who has three WSOP bracelets to him name and a little under $3 million in career prize money based on the Hendon Mob. Galfond decided to semi-retire from the game of poker as he wanted to focus on his business interests which included launching the Run It Once poker site.

Galfond has had a decent amount of success with the Run It Once poker site but has since returned to the poker tables with his popular “Galfond Challenge” which has seen some of the biggest names in the world of poker battle it out with Galfond.

The 36 year old poker pro recently admitted that one of the reasons why he decided to semi-retire from the game was because he was facing a lot of stress playing the game of poker and mental challenge forced him to take a break. He did not fully recognize this at the time he decided to walk away but in retrospect realized that his decision to launch Run It Once poker was distract himself from the real reason why he left the poker tables.

Galfond Working With A Performance Coach

Galfond said that when he recognized he was struggling mentally, he sought the help of a performance coach. Galfond started working with performance coach Elliot Roe who put him through a series of exercises to help him see what was going on ‘behind the scenes’. The two did a number of one on one sessions together and it helped Galfond not only recognize his fears but also confront them and get back to playing poker with an effective strategy.

This was one of the reasons why he decided to launch the Galfond Challenge to face his fear of losing head on and not let his fears get the better of him anymore!

The post Phil Galfond Opens Up On Mental Battle That Pushed Him To Semi-Retire appeared first on www.Poker-Online.com.